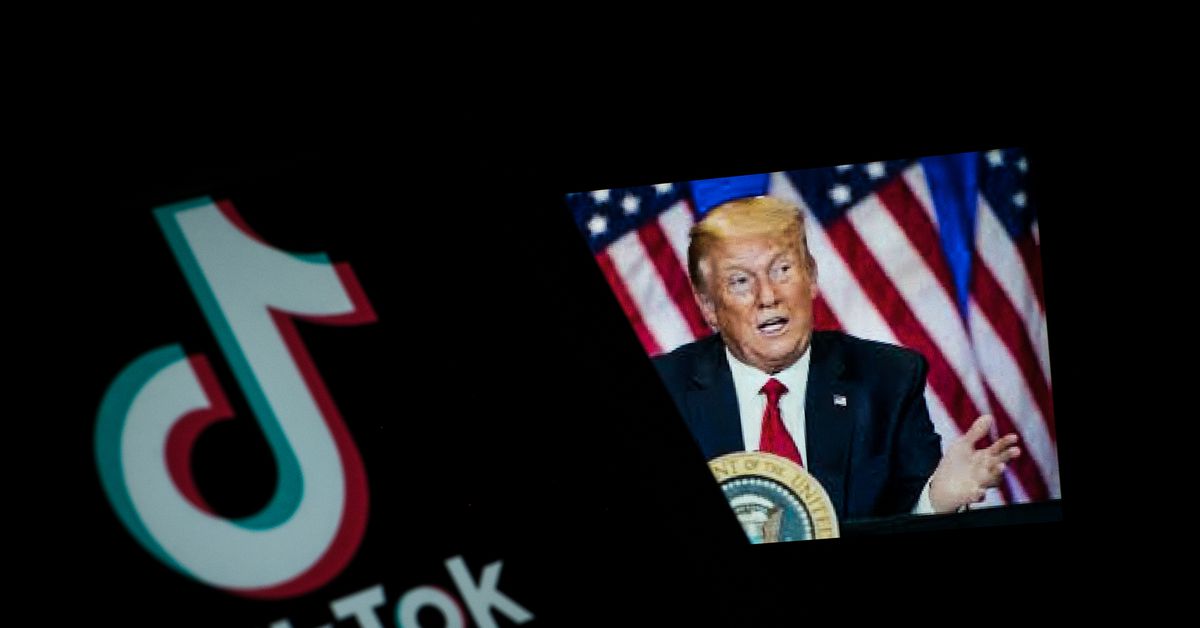 The fate of TikTok, the wildly popular video-sharing app, has involved plenty of plot twists since President Donald Trump signed an executive order in late August that promised to effectively ban TikTok from doing business in the US over national security concerns — unless the Chinese-owned app sold its US operations to an American company by September 20.

The latest turn: Microsoft, which had been seen as the frontrunner among several potential bidders, said on Sunday it isn’t buying the app. Instead, Oracle, a database software company whose co-founder and CEO are both open supporters of Trump, is the winning bidder.

But wait — Oracle isn’t actually going to buy TikTok. Instead, it’s offered to buy the rights to take over TikTok’s US data operations (which Microsoft also originally wanted to do, but Trump discouraged — more on that later), further complicating the situation.

The proposed deal between Oracle and ByteDance, the Chinese company that owns TikTok, involves a number of extraordinarily political, volatile, and complex factors. By this point, you may be confused about what’s going on and how TikTok got here in the first place. Here’s what we know so far, and what the implications of this deal are.

Oracle won’t buy TikTok outright, and it’s not clear if that will assuage national security concerns

Right now, there’s still a lot we don’t know about the details of the proposed TikTok-Oracle deal, since the terms aren’t public.

But one thing we do know is that Oracle has said it’s proposing to become a “trusted technology provider” of ByteDance, rather than buying the company’s US operations outright.

Here’s Oracle’s statement Monday morning: “Oracle confirms Secretary Mnuchin’s statement that it is part of the proposal submitted by ByteDance to the Treasury Department over the weekend in which Oracle will serve as the trusted technology provider. Oracle has a 40-year track record providing secure, highly performant technology solutions.”

If this Oracle-TikTok proposal goes through as planned — not as a full sale — it raises the question of why President Trump issued the executive order pressuring TikTok to sell off its entire US operations in the first place.

While there isn’t any public evidence proving that the Chinese government has ever coerced TikTok to spy on US users or control what they see and discuss on the app, it’s also hard to rule out that could ever happen. The Chinese government regularly exerts authority over domestic companies for political purposes, such as pressuring tech companies to hand over user data.

What’s a real head-scratcher is that it’s not clear how Oracle handling TikTok’s US data — without spinning TikTok US into a separate company free from ByteDance’s oversight — would assuage any of these security or censorship worries.

“If these things were a concern before, it’s not clear why that wouldn’t be a concern now,” Bobby Chesney, a professor at the University of Texas who specializes in national security law, told Recode.

Although it’s unknown so far if Trump will approve this deal, Treasury Secretary Steven Mnuchin said about the deal on CNBC Monday morning, “We have a lot of confidence in both Microsoft and Oracle; they [ByteDance] have chosen Oracle.”

All this has unfolded as CFIUS, a US national security regulatory agency, is conducting an ongoing review into TikTok — a process that Trump seemingly bypassed to issue his executive orders about the app. Mnuchin said CFIUS’s technical teams will be reviewing the proposal with Oracle and ByteDance this week and that the agency will then issue a recommendation to President Trump on whether or not to approve the deal. He also said that, as part of the proposal, TikTok has promised to create 20,000 new US-based jobs.

Another key player in all of this is the Chinese government. Previously, it had reportedly said that it won’t let ByteDance sell off its secret sauce — its proprietary recommendation algorithm — to the US. So from ByteDance’s perspective, a partial sale to Oracle that doesn’t include the prized algorithm could be a win-win situation for both the US and the Chinese government.

But then what was the point of the executive order forcing a sale, even if Trump had no intention of actually enforcing it and even if these national security concerns weren’t serious enough to warrant a full-on sale of TikTok US in the first place.

In February, Ellison hosted a massive fundraiser for Trump at his personal estate in Coachella Valley. And Catz was one of the only major tech CEOs to serve on Trump’s transition team when he took office.

In August, when it was first reported that Oracle was weighing a bid for TikTok, Trump spoke approvingly, calling Oracle “a great company” and Ellison a “tremendous person.”

Catz’s and Ellison’s support of Trump hasn’t always gone over well with Oracle’s largely liberal-leaning employees, many of whom are immigrants working on H1B engineering visas and whose legal residency status has been threatened by Trump’s anti-immigration policies.

The cozy relationship between Oracle’s leadership and Trump is raising questions about whether or not that has played a role in the new plan for TikTok’s future in the US.

“I think with Oracle and the relationship they have with the administration, one wonders, ‘Now, what kind of a level playing field was this?’” said Chesney. But that’s all speculative, Chesney said, since the terms of the deal are still unknown. It’s also entirely possible that Oracle simply made a higher offer than Microsoft, or laid out better terms.

Chesney also suggested that maybe ByteDance viewed Oracle as the most likely company to appease not just the US government but the Chinese government as well.

Even some Oracle employees — admittedly ones who disapprove of their company leaders’ ties to the Trump administration — are scrutinizing the TikTok deal. Employees on Monday had not heard anything internally from Oracle leadership as of midday and were hunting around for details.

One employee in a meeting on Monday commented that they worried about their ability to recruit their friends to the company if they think Oracle “is complicit in the corruption” of the Trump administration, according to an internal Slack message seen by Recode that relayed the comment.

“I see this as kissing Trump’s ass and damaging Oracle even further in the developer community, giving them more of a reason to hate us,” said one employee who spoke on the condition of anonymity due to fear of losing their job for publicly criticizing the company.

Another said many colleagues “have a gross taste in their mouth about the whole process,” because of the Trump administration’s “role in all this and the perceived closeness of Larry and Safra to Trump. Just feels to us like that’s what got the business.” But ultimately, this employee said, a TikTok deal could be a good business play for the company.

“As someone who has stock, I’m not hating that part of it right now,” said the employee.

In a way, the TikTok situation is just another play in a years-long trade war between China and the US that Trump has escalated during his presidency. China has long banned US consumer tech companies like Facebook and Google from doing business in its country. In turn, Trump has restricted Chinese tech companies like Huawei from doing business in the US. These kinds of economic sanctions are standard foreign policy tactics in a president’s arsenal.

But the manner in which Trump has gone about forcing this TikTok deal — issuing unexpected and confusing executive orders, making contradictory statements to the press, openly suggesting that TikTok should essentially bribe the US government to sweeten the deal, and now considering a deal with terms that Trump initially dismissed until a similar offer was put forward by business leaders who have supported him in the past — has raised troubling concerns with civil liberties advocates and political analysts about the president’s exertion of authority and the free market in the US.

TikTok is also a wildly popular consumer app with 100 million US users, so its fans are left fretting over whether the US government might end up actually shutting TikTok down.

For users, probably not much will change if Trump approves the bid from Oracle, as the data company manages data on the back end and shouldn’t change how the TikTok app actually looks or feels to users.

There are concerns about how Oracle will use this data, and whether it would use it to inform its other operations. But given all the twists and turns that have led to this politically complicated deal, exactly what’s next in the TikTok-Trump saga at this point is anyone’s guess.

Contracts, hacks, and Google: What to consider before you get a...

Mars may not have been the warm, wet planet we thought...