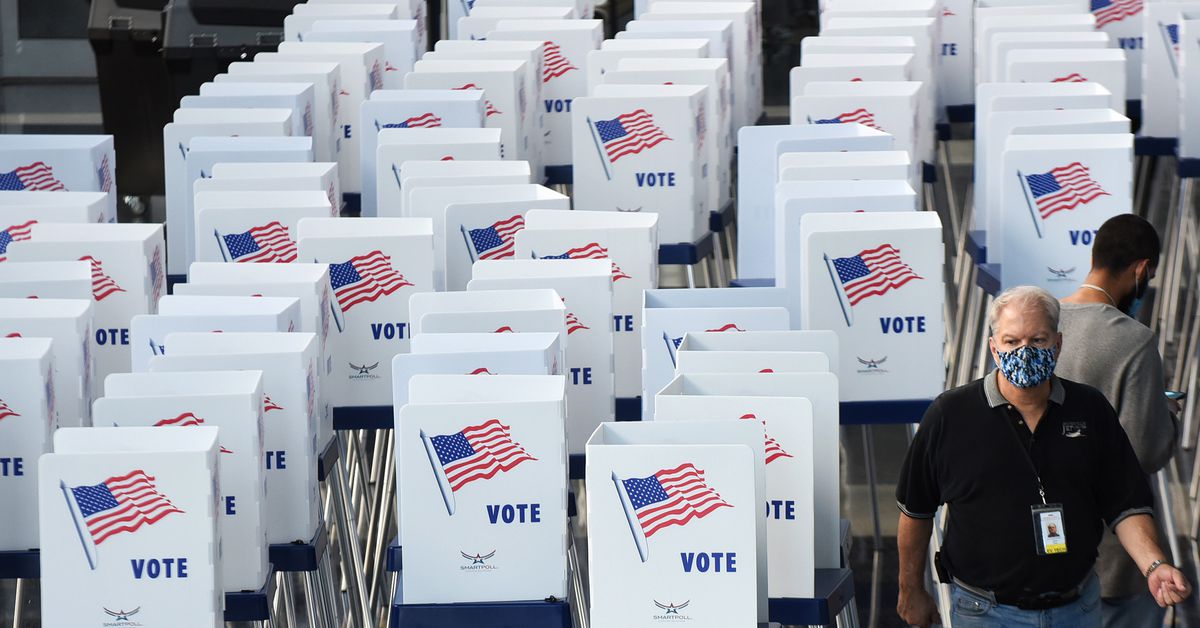 Ahead of this year’s presidential election, several states including battlegrounds like Texas, Pennsylvania, and Ohio are approaching or passing voter registration records. But don’t break out the champagne to celebrate democracy just yet. Voter registration totals are not a very good or meaningful indicator of how many people will actually vote. There are, however, a number of other indicators that suggest 2020 will be a banner year for voter turnout.

As the country continues to grapple with the pandemic, this election season is proving to be an exceptional one. The ways in which people are voting, for instance, are far from typical. Some 80 million Americans could cast their ballots by mail, and already a record 22 million have voted early. And while the battle between Donald Trump and Joe Biden is attracting the most attention, state and local elections are seeing record levels of fundraising. An influx of new voters would surely mix things up even more.

Still, the voter registration numbers we’re seeing now are more complicated than they look. In the United States, you generally have to register before you vote. And unless you sign up to vote elsewhere or the state is notified of your death or imprisonment, you generally stay registered. So while a state’s voter registration numbers include people who have registered for the first time — young people and first-time voters — those figures can, for a limited time, also include people who have moved and aren’t going to vote in that state.

The intention of not immediately culling voters, specified in the National Voter Registration Act, is to give people a window of time before they’re removed from the rolls without direct confirmation in order to avoid mistakenly disenfranchising voters. Some states are more aggressive than others in removing voters, so their voter registration totals may be more or less reflective of the voting populace.

“Let’s say you have two states of the same size with a million new voters registered in each, and 500,000 have moved away or died,” Center for Election Innovation & Research founder David Becker explained to Recode. “If state A has diligently cleaned the list, they’d show a net 500,000 increase in voter registration, while state B might show a net million.”

Kevin Morris, a voting rights researcher at NYU’s Brennan Center for Justice, put it another way: “You can’t compare one state to another because different states have different removal practices.”

Election Day is still nearly three weeks away, but 16 percent of those who voted in the 2016 election have already done so this year, according to the US Elections Project, an effort by election expert and University of Florida professor Michael McDonald to make available timely election data. In some states, early voting turnout is even higher: 39 percent in Vermont, 30 percent in Virginia, 27 percent in Texas.

This early voting turnout has shattered records. As of last Sunday, early voting numbers were nearly seven times what they were at the same time in 2016. At this rate, for the first time ever, the majority of voters might cast their ballots before Election Day.

“There’s no analog in American history to compare this to,” Becker said. “This is history.”

Of the states where partisan data is already available, Election Project found that, so far, early votes were twice as likely to be cast by Democrats than Republicans.

A number of polls have shown that voters think this election is more important than ever, meaning they’re more likely to actually vote.

“In spite of numerous challenges facing voters — foreign interference, divisive partisanship, fear of the pandemic — voters are incredibly motivated to show their enthusiasm in this election,” Becker said.

This summer, the Pew Research Center asked registered voters how much the presidential election “really matters,” and this year a whopping 83 percent said it does — a higher percentage than Pew has recorded in 20 years of collecting data. Similarly, a record 86 percent of registered voters said Trump and Biden have different positions on the issues, suggesting voters perceive a meaningful difference between the candidates.

People’s heightened partisanship might also be an indicator of high voter turnout.

The share of undecided voters is about half what it was during the 2016 presidential election, according to a variety of polls, including ones from Reuters, Quinnipiac, and Monmouth. This is another signal that turnout will be higher this year. People who know who they want to vote for are less likely to sit out an election, according to Morris at the Brennan Center.

“There are low rates of undecided voters, who are less likely to vote,” Morris said. “Far more people know who they prefer than normal.”

But even if those undecided voters do vote, it seems they’re just as likely to vote for Trump as Biden, according to Reuters. So the undecideds might not affect the outcome of the presidential election much. Nevertheless, 2020 races are likely to be unpredictable not only at the national level but state and local as well. And just because more people are likely to vote doesn’t mean we’ll know for sure how they’ll vote.

As Becker put it, “It’s highly likely those new voters will be more representative of the electorate in that state than the existing registration list. How much and how that plays out, we’re still studying.”

The Guide for the Next Decade of Space Research Just Dropped

How to make sure the census counts you