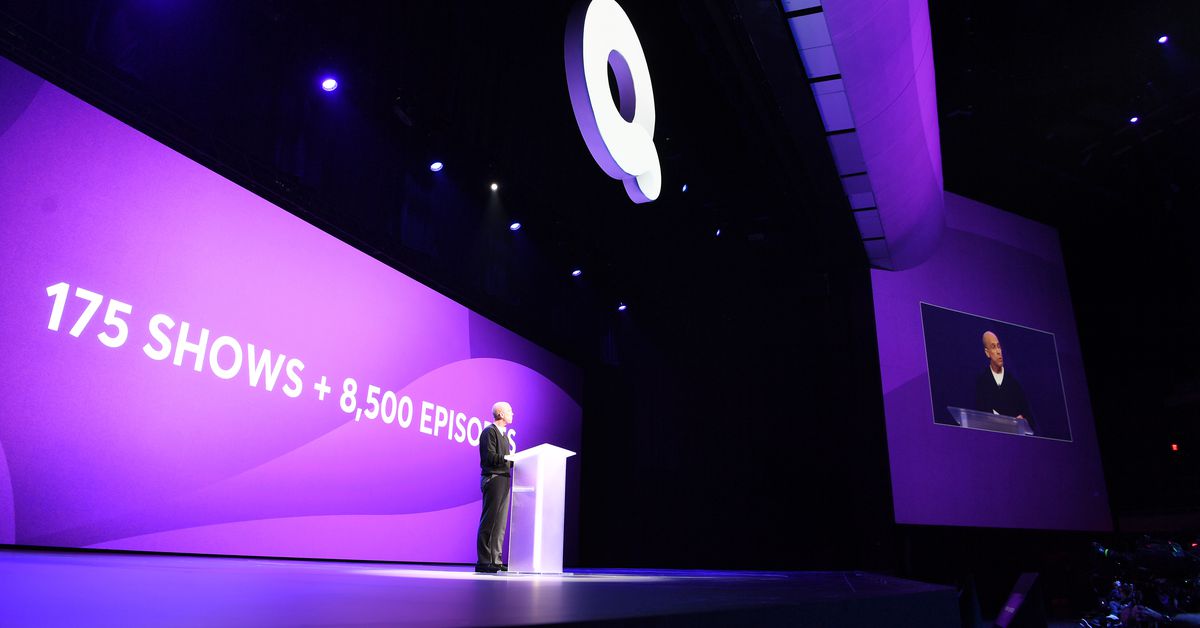 Here’s a quick timeline of its short life:

It was easy to be skeptical about Quibi before launch because … see above. The real surprise is that it failed so quickly. And even that surprise is a little bit couched. Once news got out that Katzenberg was trying to sell, the only question was whether he’d find a buyer or have to shutter. As I wrote last month, you don’t try to sell your startup five months after launch if things aren’t going terribly, even though Katzenberg insisted otherwise in sales pitches.

But, that said: I would like to see more Quibis in the future.

Not the concept or the execution (again, see above) but the model: Running a media business the old-fashioned way, where you ask people to make something, pay them for it, and then try to re-sell that work to someone else. Because there’s another version of running a media business — what YouTube, Twitter, and Facebook do — and I don’t feel great about that one in 2020.

To recap: Katzenberg and Meg Whitman, the CEO he hired away from Hewlett Packard, paid Hollywood studios, TV networks, and digital shops like Vox Media (which owns this site) to make short videos. Then they tried selling subscriptions to those videos to you.

That’s one way — the old way — to run a media business.

There are lots of variants, and you can debate the right way to scale those companies and how much money you need to make them work, etc. The model includes everything from your local newspaper (if it still exists) to TV networks to Spotify to Netflix. But they’re all using the same basic playbook.

But as we spend a lot of time discussing these days, it’s not clear that the model that YouTube, Twitter, and Facebook use — which is dependent on ingesting as much free content as possible, and distributing as widely and quickly as possible, with as little input from the people who run those businesses as possible — is good for the rest of us.

And at the core of all the proposals to fix those businesses is the idea that they should act a lot more like … traditional media businesses. These proposals call for the people who run these platforms to pay attention to what they distribute, and even make judgment calls about whether that stuff should be distributed. And, yes: It also involves paying people who make some of the stuff they distribute.

And while the Facebooks of the world run on free content, they certainly have to spend money on lots of other stuff. TikTok, for example, spent $1 billion on marketing in a single year in order to get its free videos, uploaded for free by its users, in front of people around the world.

But if you’re going to dunk on Quibi for failing so big, so fast, at least give them this: They failed the old-fashioned way. Which still has an upside.

Windows XP Source Code Got Leaked All Over the Internet

The iPhone 12 Mini Marks the Triumphant Return of the Good...