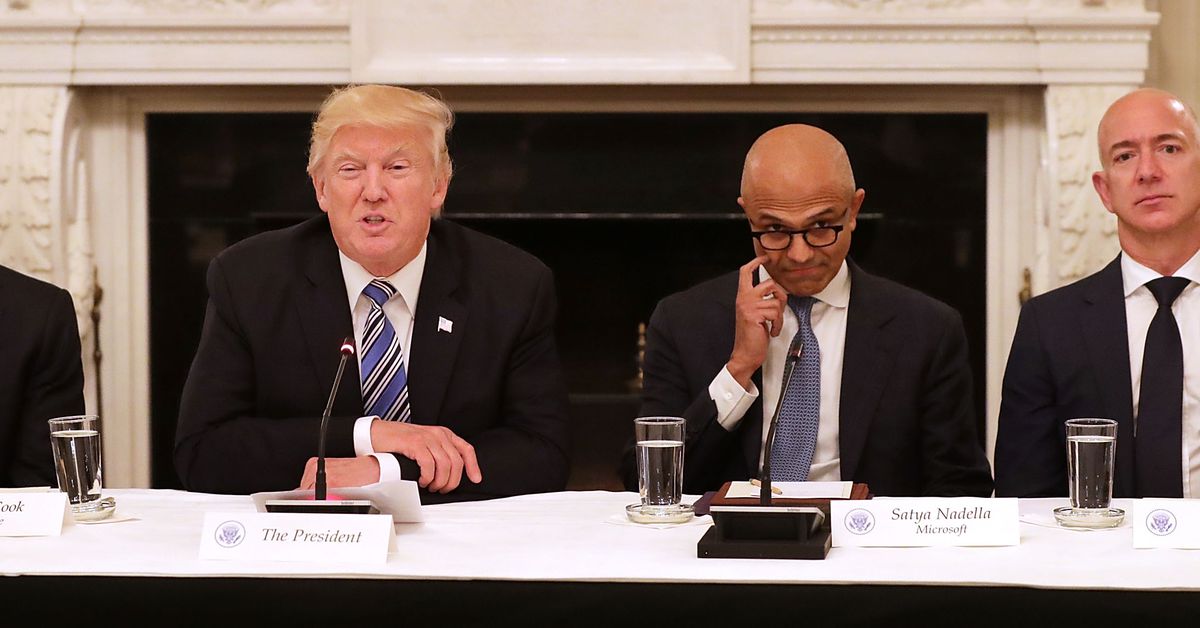 Last week, US lawmakers hauled the heads of four giant tech companies into a virtual antitrust hearing, ostensibly over concerns their companies are too big.

This week, the president of the United States is sort-of-kind-of-maybe trying to help a different giant US tech company become even bigger — by forcing the Chinese owners of TikTok to sell it to Microsoft.

There are all kinds of perspectives on a potential sale of TikTok from ByteDance to Microsoft. Some rational people think it’s a good idea: They don’t want the popular social video app with a huge presence in the US to be controlled by a Chinese company because Chinese companies are, in various ways, extensions of the Chinese government.

Others quite rightly worry about potential retaliation from China against US companies that do business in that country, as well as the breakdown of the entire concept of an open internet.

But it seems to me that one of the striking parts of the whole deal would be that the US government, which says it worries about the reach and power of its homegrown tech giants, is now actively encouraging a deal that would supersize one of those giants.

Which suggests that the US isn’t really worried about the reach and power of its tech giants.

Caveat time! There are many confounding, surprising, and improbable components to the ByteDance-TikTok-Microsoft-White House-China story, which is very much a moving target. This afternoon, for instance, Donald Trump insisted that in order for the deal to go through, the US government would have to get a “very substantial portion” of any sale price if Microsoft does buy TikTok from ByteDance.

Trump, of course, says all kinds of things, all the time. Many of those things are not true. But if he actually means it this time, it means the deal looks much less likely than it did a few hours earlier.

And while we’re at it, let’s be clear that it’s hard to make a real antitrust argument against a Microsoft-TikTok deal, at least as antitrust law works in the US right now: TikTok may worry the social media giant Facebook, but Facebook still dwarfs TikTok; same thing for Google’s YouTube. Facebook, for instance, says it has 256 million users in the US and Canada; TikTok says it is at 100 million.

It’s also not a coincidence that Microsoft CEO Satya Nadella was not in Washington last week, testifying along with the heads of Apple, Google, Facebook, and Amazon. With the exception of its Xbox gaming platform, Microsoft has a very modest consumer internet presence in the US psyche*. If any big tech company is going to acquire TikTok, it would be Microsoft.

But let’s also be very clear: While Microsoft has turned itself into a giant tech company that focuses on business customers, it is still very much a Giant Tech Company — one that the US government spent years trying to break up because of the way it abused its status as the dominant computer operating system in the 1990s.

In its last 12 months, Microsoft generated a staggering $143 billion in revenue — for context, that’s two Facebooks. And while its growth is coming from enterprise customers and cloud services, Microsoft still dominates personal computers. If you’re not reading this on a phone or tablet, the odds are very high you’re reading this on a Microsoft Windows-powered machine.

In short: If you were worried about the concentration of tech power in the US, you wouldn’t add the most consequential new social media platform in years to a company that made $44 billion in profits — four Amazons — last year. (That said! In the near term, Facebook execs won’t complain while Microsoft figures out, structurally and technically, how to separate TikTok from its current owner/operators and rebuilt large portions of it. Big companies usually expect to take a year or more to swallow up a significant acquisition; this one could be way more difficult.)

If US lawmakers were truly concerned about the power of tech giants, they would actively be debating laws to rein that in, instead of punting the work to enforcement agencies like the DOJ and the FTC. And an entire faction of US politicians wouldn’t spend their time in important antitrust hearings focusing on made-up claims that big internet companies are bad because they censor conservatives.

If anything, you could argue that a TikTok sale to Microsoft makes it even less likely that we’ll see real antitrust movement against Google or Facebook. If that deal goes through, both companies can credibly argue that TikTok is now an even fiercer rival because it has Microsoft behind it.

Again: I’m happy to entertain arguments for or against TikTokSoft — it’s a genuinely fascinating and important inflection point for tech and world politics. But next time you tell me the US government is Very Worried About Big Tech, you’re going to have work much harder to convince me.

* Not for lack of trying: If Microsoft had succeeded in its attempt to buy Yahoo many years ago, or if it hadn’t burned billions trying to build a consumer ad business, maybe things would be different.

Software that monitors students during tests perpetuates inequality and violates their...

Welcome to the client-serverless revolution