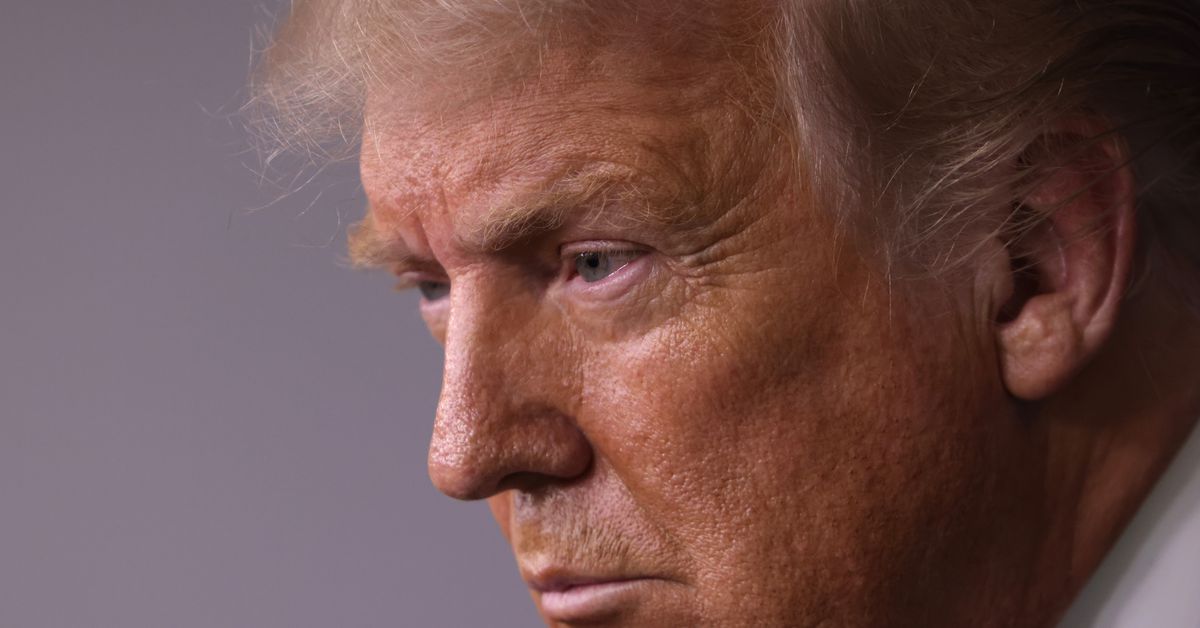 Facebook has taken down a post by President Trump containing false statements about children’s susceptibility to Covid-19. It’s the first time the company has enforced its rules that ban harmful speech on one of Trump’s posts.

The post that Facebook removed is a Fox video clip in which Trump makes an incorrect statement, saying that children are “almost immune” to Covid-19. That isn’t true; children are not immune to the novel coronavirus. Trump posted the clip on his personal Facebook account.

Facebook said it’s taking down the video because it violates its policy against spreading harmful misinformation about Covid-19. It’s the latest development in the ongoing debate about whether Facebook should more strictly police false statements made by politicians like Trump on its platform. Until now, the company has largely held off on moderating political speech because Facebook says it aims to be an open platform for communication rather than an “arbiter of truth.” But Facebook has taken a hard line on Covid-19 misinformation since the beginning of the pandemic — and Trump’s post crossed that line.

“This video includes false claims that a group of people is immune from COVID-19 which is a violation of our policies around harmful COVID misinformation,” a spokesperson for Facebook said in a statement to Recode.

While researchers think the harmful effects of Covid-19 are less severe for children than for adults, kids can still get the disease (hundreds of children at a summer camp in the state of Georgia recently became infected with Covid-19), and some children have died from it. Scientists are also still trying to understand the long-term effects of the disease, even in patients with milder cases.

In the president’s statements on Fox, he falsely claimed, “If you look at children, children are almost — and I would almost say definitely — but almost immune from this disease.” He added, “I don’t know how you feel about it, but they [children] have much stronger immune systems than we do somehow for this. They do it. They don’t have a problem.”

On Twitter, Trump posted the same Fox News clip, which was originally posted by the @TeamTrump campaign account. But by Wednesday evening, a spokesperson for Twitter told Recode that the video violated its rules on Covid-19 misinformation, and that the account owner (in this case, @TeamTrump) will be required to remove the tweet before they can post again. The spokesperson said this was not a suspension. Twitter has blocked the post from view in the meantime.

For years, Trump has made false claims on Facebook — in recent months he has made incorrect statements about topics such as mail-in voting and former Vice President Joe Biden’s platform on policing. Independent fact-checkers that are part of Facebook’s fact-checking network have flagged these posts as incorrect on their own sites, but Facebook has not labeled them as such on its platform because its rules exempt politicians from being fact-checked. Facebook CEO Mark Zuckerberg has repeatedly said that he does not want his company to be an “arbiter of truth” — and that the company does not fact-check political speech.

By contrast, in May, Twitter started fact-checking some of Trump’s posts, such as when it labelled posts in which he made false claims about mail-in voting in California, as “misleading,” and directed users to accurate information about vote-by-mail.

Facebook has faced increasing criticism from leading Democratic politicians, disinformation experts, civil rights organizations, and even some its own employees for not enforcing its own policies when Trump uses its platform to spread misinformation, or when it didn’t moderate a “when the looting starts, the shooting starts” post he shared in response to Black Lives Matter protests in late May.

The Trump campaign did not immediately respond to a request for comment.

When it comes to political ads on its platform, which are distinct from ads, Facebook has moderated Trump on a few occasions. In June, Facebook took down a Trump campaign ad that displayed Nazi insignia. And in March, Facebook took down another Trump ad which contained a link to a Trump campaign survey that was marketed as a link to the US census. The company has labeled (but not fact-checked) some of Trump’s posts on his personal page containing false statements about voting by adding links to these posts that share voter information. The company, as a policy, adds these labels to all posts about voting in the 2020 US presidential election, regardless of their veracity or who posts them.

But this is the first time time Facebook has actually taken down one of Trump’s posts — which is sure to anger Republicans, some of whom have long complained of alleged (and unproven) anti-conservative bias on social media platforms, despite the success of many leading conservatives on the platform to date.

Too many AI researchers think real-world problems are not relevant