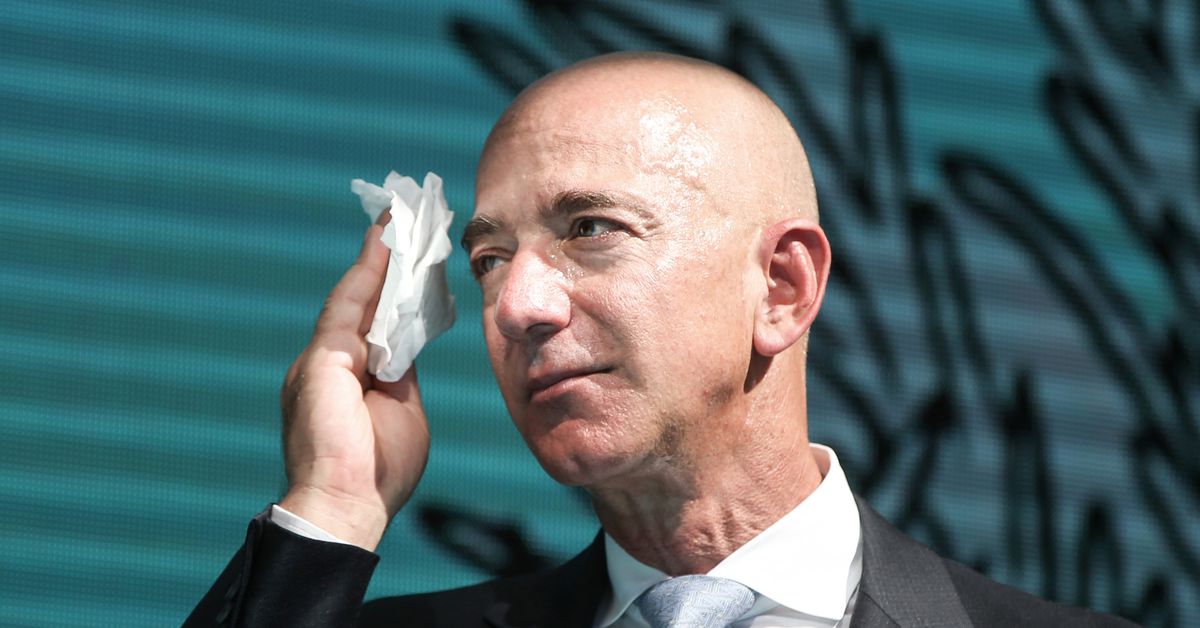 When Jeff Bezos appears before a committee of US Congress members on Wednesday for an antitrust hearing, it’ll be a first on several fronts: The first time the Amazon founder and CEO will testify before Congress. The first time Bezos will have to respond publicly to a damaging report alleging that Amazon uses data it collects from its own merchants to compete against them, which is something the company has told Congress it doesn’t do. And the first time in a very long time that the world’s richest man will be subjected to an extended and critical line of questioning in a public setting.

Bezos is slated to appear — via videoconference because of Covid-19 — alongside three other kingmakers of the digital economy: Apple CEO Tim Cook, Facebook CEO Mark Zuckerberg, and Sundar Pichai, the CEO of Google and its parent company, Alphabet. Over the last year, the House antitrust subcommittee, a bipartisan group of 15 lawmakers, has been investigating the dominance of these tech giants to determine if they’re abusing their power. And, if they are, whether regulators are simply not effectively enforcing current antitrust laws or whether Congress needs to create new laws on competition. After all, the core US federal antitrust law was created more than a century ago — many decades before the internet set the groundwork for a few industry titans to amass unprecedented power.

The leader of the subcommittee, Rep. David Cicilline of Rhode Island, has said from the start that he wanted to hear from these CEOs before he and his colleagues close the probe with a final report summarizing their findings and making recommendations. The committee cannot charge the companies with antitrust violations nor break them up in any way. But the lawmakers can recommend additions to existing antitrust law or suggest that new laws be crafted. The committee’s investigation, and the ensuing final report, could also apply pressure to the antitrust regulators at the Federal Trade Commission and Department of Justice to more aggressively enforce current laws to rein in the companies.

Because the hearing will be virtual, it likely won’t carry the drama of other packed Capitol Hill hearings involving tech leaders, like Zuckerberg’s 2018 Facebook data privacy hearings in front of almost the entire US Senate. But for Bezos, and Amazon’s critics, this is still a big moment. The Amazon chief executive is the only one of the four CEOs who hasn’t had to face congressional questioning before. Cook testified at a US Senate hearing in 2013 to defend Apple’s strategies to minimize tax liability. Zuckerberg has testified in front of Congress on several occasions, about issues ranging from data privacy to political advertising. And Pichai appeared in front of the House Judiciary Committee in 2018, as lawmakers grilled him on topics ranging from allegations of the company having an anti-conservative bias to its potential plans to launch a search engine in China that would have allowed its government to censor search results.

One likely reason Bezos hasn’t showed up before: Amazon has, for the most part, been a good thing for millions of online shoppers. It offers buyers incredible convenience, good prices, fast delivery, and a vast selection. How many of these Congress members’ constituents have a problem with that, especially in the US, where antitrust enforcers typically favor companies that treat consumers well? Instead, these enforcers typically target business practices or mergers that they believe will harm consumers, such as by raising prices for a product or service.

But the problem for Amazon and Bezos is that the company has grown so enormous and expanded into so many different industries — from online retail to cloud computing to brick-and-mortar grocery and more — that its business dealings impact its customers, and millions of other Americans, in many other ways. Some of these people make their living by running small businesses as third-party sellers on Amazon’s marketplace. They’re facing increasing competition from Amazon, which sets all the rules and frequently changes its policies and the algorithms that power its platform in ways that can make or break their businesses.

Other people impacted by Amazon policies work in Amazon warehouses and delivery centers, earning pay rates and benefits that are often superior to that offered by retail competitors — but some of these workers say they are asked to hit performance marks that some say are more suited to robots than humans. And then there are Amazon’s competitors — big and small across a growing number of industries — that have been flattened in the tech giant’s wake. When it comes to online retail, the pandemic has only accelerated the trend to online shopping and given Amazon a new leg up over many of its traditional retail competitors.

Increased media scrutiny of these issues is one reason this moment has finally come. Amazon’s market cap ($1.5 trillion) and Bezos’s staggering personal net worth ($184 billion) have probably played a role, too. And then there’s Lina Khan, an antitrust scholar who wrote “Amazon’s Antitrust Paradox,” a widely read legal paper that argued that current antitrust doctrine is ill-suited to rein in internet giants like Amazon. Khan is now a lawyer on the congressional antitrust subcommittee.

Despite this growing scrutiny from politicians and the public, Bezos’s company has openly flaunted its power over the last few years. In its hometown of Seattle, Amazon successfully quashed a proposed payroll tax meant to combat homelessness by threatening to pause construction on its massive new Seattle headquarters, which would have boosted commercial activity in the city’s downtown neighborhood. Later, the company plowed funds into a local Seattle election to try to defeat those politicians who supported the payroll tax. It has also sparred with its hometown US House representative, Pramila Jayapal, in a baffling move that has cemented her status as a company critic while she also serves on the very antitrust subcommittee investigating the company.

In 2017, Amazon used its plan to build a second company headquarters, dubbed HQ2, to invite hundreds of municipalities across the US to compete with each other in offering tax cuts to incentivize it to move to their cities. After choosing New York City as one of two chosen HQ2 locations and garnering $3 billion in incentives, Amazon abruptly canceled its plans rather than negotiate with locals who criticized the move.

On the labor front, the company, which is the country’s second-largest private-sector employer after Walmart, has alarmed some elected officials, including New York State Attorney General Letitia James and US Democratic senators like Elizabeth Warren and Cory Booker, who have investigated or inquired about the company’s practices. During the pandemic, Amazon has fired at least six of its own employees who either protested the warehouse conditions during the health crisis or spoke out about the company’s treatment of workers. (Amazon has said all were fired for violating company policies and not because of their dissent.)

And in its core retail business, the company has continued to promote its own branded products on Amazon in questionable ways, even though this type of competition with its own sellers is at the very center of the antitrust subcommittee’s concerns. It didn’t help when the Wall Street Journal published a report this April citing former Amazon employees who say the company has used data to compete against its own sellers in ways that a top company lawyer previously said in Congressional testimony didn’t happen inside the company.

For these reasons, among others, Bezos’s time to answer to Congress is finally here. The company touches tens of millions of people across the US in myriad ways. And it has garnered even more business and labor power during the pandemic as brick-and-mortar shops either temporarily or permanently close their doors, and more shoppers take their shopping dollars online.

Bezos has said in the past that all large institutions deserve scrutiny and that Amazon welcomes it.

“I say, ‘Look, we are a large corporation. We deserve to be inspected. It’s going to happen. Don’t take it personally,” Bezos said in 2018. “Because when you take it personally, you start to do things that are counterproductive.’”

“There’s only one way to handle it,” he added, “and that is that we have to conduct ourselves in such a way that when we are scrutinized, we pass with flying colors.”

On Wednesday, Bezos will need to do just that.