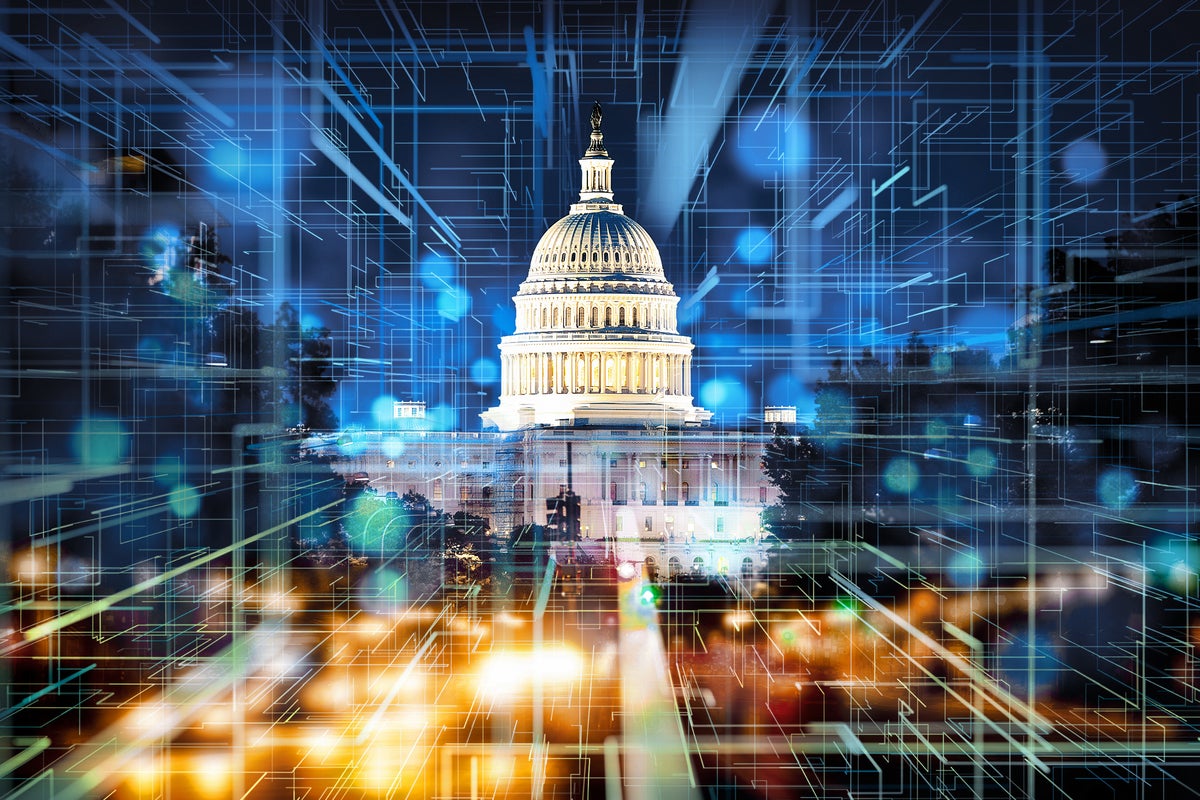 There’s no denying that prominent tech vendors are growing uncomfortably large and influential in the world economy. Most of the so-called FAANGs (Facebook, Amazon, Apple, Netflix, Google) are starting to behave like industrial powerhouses of old:

The FAANGs are pulling their societal weight—and then some

Nevertheless, these big tech vendors can claim regulatory special treatment because they are holding up society at large at this time. Indeed, the FAANGs are the foremost business success stories in the COVID-19 crisis. In the face of the sharpest economic contraction since the end of the Second World War, they’ve continued to post striking numbers on growth, profitability, and hiring. Consider their most recent quarters:

Just as important as their consistently outstanding financials, these firms are among the primary pillars of the pandemic-stoked “new normal.” One can scarcely conceive how we would cope with social distancing if we didn’t have smart devices (Apple), social media and messaging (Facebook), public cloud computing (Google), and on-demand, self-service, contactless e-commerce (Amazon).

The hearings—conducted virtually due to the ongoing lockdowns—were little more than political theater for the benefit of TV cameras and to supply fresh ammunition for the social media and political culture wars.

Of course, the tech vendors responded to many important issues facing society. But little new information surfaced about any supposed transgressions on the part of the big tech firms. Likewise, no fresh proposals to address these issues were aired. Instead, we heard rehashes of the tired calls to break up the companies, subject them to more regulatory restrictions, and otherwise place the entire weight of society’s anxieties squarely on their backs.

Much of the back and forth at the hearing was empty rhetoric, especially when legislators struggled to apply traditional antitrust considerations to the freewheeling IT industry. For example, one legislator asserted that “mergers and acquisitions that buy off potential competitive threats violate the antitrust laws.” That contention flies in the face of the Federal Trade Commission’s long-standing position that antitrust laws come into the picture only when the effect of a merger or acquisition “may be substantially to lessen competition, or to tend to create a monopoly.” Usually, the crux of the matter is whether the merger or acquisition would be likely to harm consumers.

Another legislator criticized Facebook’s acquisition strategy as a “land grab.” That vague accusation could conceivably be applied to any incumbent vendor’s merger or acquisition in the same or any adjacent market. Any vendor’s attempt at consolidating vertically (combining existing and acquired solutions via “platformization”) or horizontally (combining with competitors who operate in different geographies) could conceivably run afoul of this supposed antitrust criterion.

That would, of course, jeopardize the exit strategies of many startups and VCs looking for well-capitalized incumbents to buy them out. And that would have a disastrous impact on the flow of investment capital that has sustained the Silicon Valley miracle for the past half century.

The CEOs called to testify before Congress head some of the most innovative and successful enterprises in the history of American business. Why are these specific firms singled out for harsh scrutiny at the highest levels of U.S. government?

From a purely grandstanding point of view, legislators on both sides of the aisle made brownie points with their respective constituencies by raking FAANG CEOs over the coals. The hearings were designed to polarize the U.S. population in the run-up to the November election.

It’s important to remember that Silicon Valley tends to skew culturally to Democratic, left-wing, libertarian, and other political causes that don’t align with the agenda of President Donald Trump and his party. After all, Jeff Bezos owns the Washington Post—a favorite whipping boy of the right wing—and he has steadfastly maintained the newspaper as a high-quality, nonpartisan journalistic property, even in the face of conservative attacks dating back to the Nixon administration.

Other U.S.-based tech vendors who might have been called to testify, such as IBM and Oracle, probably didn’t have sufficient visibility in consumer segments to grab the grassroots notice that the legislators were looking for from the hearings. Either that or these vendors may not be successful enough anymore—having taken their competitive lumps in recent years from the likes of Amazon and Google—to elicit anything more than pity.

The lone exception to this is Microsoft, a consumer-grade icon and astonishing COVID-19 era success story whose CEO, Satya Nadella, was strangely missing from the proceedings. To underline how resurgent Microsoft now is, it recently reported revenue up 13 percent year over year, easily beating analyst expectations with all three of the company’s operating groups seeing year-over-year growth even as the pandemic crunched down on their customers.

Perhaps Nadella was spared the indignity of testifying because Microsoft hasn’t built or acquired major social, streaming, or advertising channels during the past few years. Until such time as Microsoft controls a prominent digital channel that can be used to influence campaigns, politicians probably won’t feel the need to drag its CEO into these sorts of media events. Obviously, Trump knows that putting the screws to any relevant acquisition in that regard can effectively influence the sorts of political messages that may ultimately be encouraged over those channels.

Bear in mind that each of the tech CEOs called to testify before Congress controls social, streaming, or advertising channels. If you doubt that social media barons can cave to partisan political pressure, note that Facebook CEO Mark Zuckerberg has reportedly swallowed the right-wing accusation of “liberal bias,” resulting in Facebook relaxing misinformation rules for conservative pages.

One might argue that, from the GOP side, one of the unstated purposes of the hearings was to tarnish the reputations of successful tech CEOs. Indeed, one of these individuals may be contemplating a future presidential bid come 2024. That’s not far-fetched, considering that former HP CEO Carly Fiorina tried and failed in the 2016 presidential election.

In addition, putting tech CEOs in an uncomfortable spotlight may also have distracted the public from the fact that the White House is currently occupied by a former CEO who has bankrupted almost every company he ever founded. The tech CEOs who took the virtual stand at the hearings are all quite good at what they do, as judged by their track records and recent financial results.

Another ulterior motive for Trump’s supporters from the recent hearings might have been to gain leverage over the FAANGs in order to dissuade them from cracking down on any social-media-borne disinformation emanating from 1600 Pennsylvania Avenue in the weeks leading up to November 3.

The recent congressional hearings were pure political theater. It would be ironic to call them “Capitol Hill hearings,” considering that the elected officials and tech executives were all participating virtually from their homes and other nontraditional locations.

Most of the legislators are battling for their own re-elections, so we will have to wait until the next Congress to see if there is any action on the antitrust, privacy, bias, censorship, and other tech-related matters that were discussed. Likewise, federal regulators are acutely aware that there may be change at the White House come January 20, so it’s unlikely that they’ll undertake any radically new initiatives in the waning days of the current president’s term in office.

As we move into the latter part of the year, it would be surprising to see even a single new law or regulatory action result from what transpired in these recent hearings.

How to use Java generics to avoid ClassCastExceptions