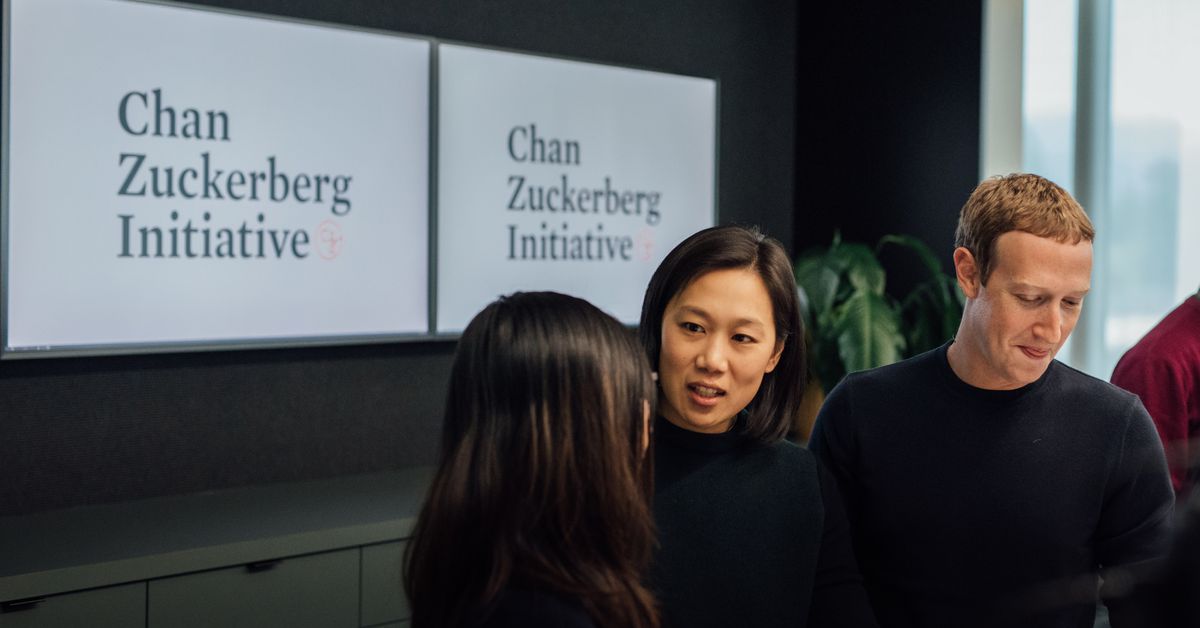 The Chan Zuckerberg Initiative, the philanthropy of Mark Zuckerberg and his wife Priscilla Chan, is planning to overhaul its political program and spin out much of its advocacy work to outside organizations, Recode has learned.

It’s a strategic shift for CZI and the largest structural change to the organization since the couple created it five years ago.

Zuckerberg and Chan will launch a new group focused on criminal justice reform that they will back with $350 million from their fortune. CZI will also be effectively merging their in-house immigration work with an outside group also backed by Zuckerberg, Fwd.us, which pushes for comprehensive reform.

All told, the billionaire couple is committing another $450 million to the two causes over the next few years. The changes are the latest evolution in how Zuckerberg is trying to accomplish his policy ambitions at the dawn of a friendlier Joe Biden administration — and at a time when he is becoming more of a political liability for those very causes.

CZI was launched in 2015 with a special focus on politics — one of its three original central “pillars” was an advocacy unit called Justice and Opportunity Initiatives — and it has grown to become one of the most important philanthropies in America. Now, that political work is being outsourced to external organizations, and the JOI team at CZI is expected to largely fold.

The philanthropy is increasing the total amount it is committing each year to criminal justice reform, and it seems likely that the revamp will increase the total amount of money that CZI puts into politics at least in the short term. CZI spent just under $450 million on these JOI programs over the last five years. So it could mean that CZI spends roughly in total as much as it did before over the long term, but in a more nimble, less centralized way — granting outside groups the autonomy to spend on whatever nonprofit or political causes they, and not CZI, deem best.

CZI would then be more of a political bank account and less involved than it is now in direct campaign and advocacy work, which can be hairy and hazardous work that generally makes enemies.

Some CZI employees have been worried about where they would fit into the new structure, according to two sources familiar with the matter, but CZI told Recode there would be no layoffs. Some employees who work on CZI’s political projects could find new homes at the criminal justice group or at Fwd.us.

Some people affiliated with CZI also have concerns, sources say, about whether each existing grantee will continue to take in the same total amount of funding under the new arrangement. CZI is not expected to offer so-called “sunset grants” — major financial commitments to nonprofits when a philanthropy is winding down its work in an area. But groups like Fwd.us are planning to try and ensure grassroots groups will not experience unexpected funding gaps, one source said, although some are nervous because these CZI grantees will now have to convince a new party to fund their work.

CZI’s political spending has drawn more scrutiny as its co-CEO Zuckerberg became more and more politically divisive because of his role as CEO at Facebook. Some of Zuckerberg’s travails in his day job have boomeranged onto CZI, which is a separate organization but is linked reputationally to the Facebook founder. When CZI launched an ambitious attempt this year to pass a California ballot initiative to modify a law that was widely considered the state’s third rail, opponents latched onto Zuckerberg’s involvement as a line of attack.

The new arrangement will, intentionally or not, give Zuckerberg more distance from his specific bets even if it ends up funding the same amount and types of political projects. CZI has also been dogged recently by unrest within the organization about how it deals with race and in its political work, including an ongoing discrimination claim (that CZI has said is “unsubstantiated”).

The spun-out, independent criminal justice group, called the Justice Accelerator Fund, will be led by Ana Zamora, who heads CZI’s work on the topic and used to lead the ACLU in Northern California. Zuckerberg has said that CZI spends about $40 million a year on criminal justice reform grants, making it among the largest funders of this work in philanthropy.

CZI is currently planning to spend about $350 million to stand up the Justice Accelerator Fund over the next five years, for an average of about $70 million a year. That organization, whose precise structure hasn’t yet been determined, will then award grants to new groups. CZI expects the Justice Accelerator Fund to eventually take in money from other donors in the future.

“This time is ripe for a more just America, and this surge of funding will dramatically speed up the pace of progress,” Zamora said in a new letter to CZI partners.

Another $100 million over the next three years will head from CZI to Fwd.us, which was originally focused solely on immigration work but now does some advocacy on criminal justice matters as well. A small amount of that $100 million is expected to be regranted to other groups. The majority of Fwd.us’s funding for operating has long come from CZI, about $30 million a year in funding, meaning that its budget is only increasingly slightly — albeit now with a longer-term commitment.

CZI’s work on housing affordability issues, the third plank of its JOI program, will stay under CZI’s roof and remain more on regional issues in California. Recode reported last month that the head of JOI, who oversaw all of this policy work, had left the organization.

The $100 billion-plus philanthropy will continue its work on the other two non-political priorities of its work — its support for scientific research and its education efforts, both of which have been heavily involved in coronavirus relief efforts.

Every day at Vox, we aim to answer your most important questions and provide you, and our audience around the world, with information that empowers you through understanding. Vox’s work is reaching more people than ever, but our distinctive brand of explanatory journalism takes resources. Your financial contribution will not constitute a donation, but it will enable our staff to continue to offer free articles, videos, and podcasts to all who need them. Please consider making a contribution to Vox today, from as little as $3.

Google Won’t Kill the URL After All

How has the US pandemic response increased inequality? Look at New...

When a digital twin becomes the evil twin