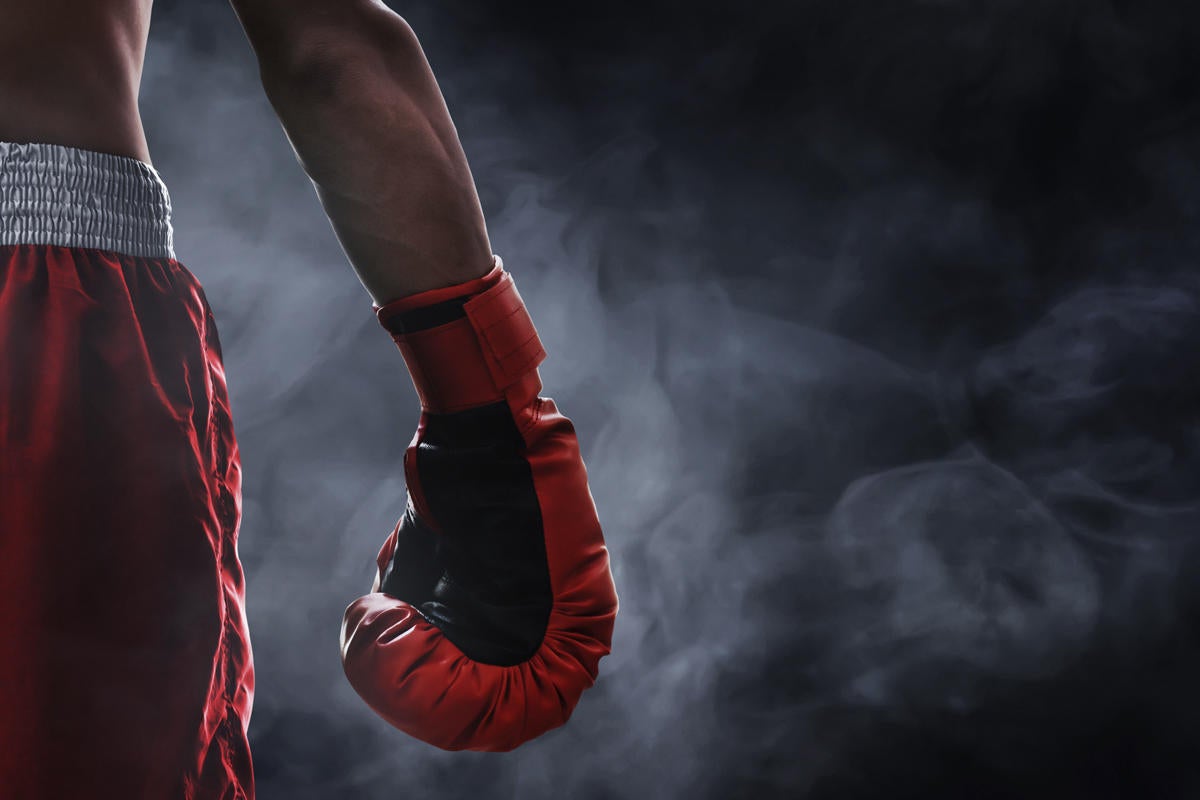 Most folks will by now have heard of Alibaba, the giant Chinese conglomerate, with business interests that include retail, financial services, logistics, media, and digital branding and marketing. The technology backbone underpinning these business units, Alibaba Cloud, is the third largest cloud provider globally, behind Amazon Web Services and Microsoft Azure. And while Alibaba Cloud provides broadly similar offerings to AWS, Microsoft Azure, and Google Cloud, it does have a few surprises.

A relative newcomer to the international cloud market, Alibaba Cloud has deep pockets, and a keen desire to get ahead of Amazon globally. In April of this year they announced plans to invest $28 billion in infrastructure over the next 36 months. Did I mention they have deep pockets? This investment will go to building data centers, custom operating systems, and semiconductors for hardware-accelerated solutions.

To quickly put Amazon and Alibaba in perspective, remember that Amazon is a reseller. They own inventory and the supply chain and sell directly to the customer. Alibaba is a marketplace, and merely connects buyers and sellers. This has a couple of consequences. First, Amazon’s supply chain and inventory management systems are considered competitive advantages, so you won’t see them selling supply chain solutions that leverage their experience. Second, the profit margins are much higher for Alibaba (23.3 percent vs. Amazon’s 4.1 percent in 2019). This gives Alibaba Cloud a lot more cash to invest back into their offerings.

Amazon Web Services has 175 services. In the last half of 2019 Alibaba announced 597 new products and 300 solutions to its portfolio. There is literally something for everyone here. So much so, the choice is overwhelming. Alibaba Cloud is targeting both enterprises and SMBs, and there’s bound to be a solution, from pig farming (really) to finance that meets your needs, if you can find it. (Hint: Get a partner to help with this if you’re setting up in Asia.)

Computational storage is an old idea whose time has finally come. Given the vast amounts of data being processed today, there is no choice but to optimize the hardware paths that the data takes from disk to application, and push down the computation as close to the storage as possible. A draft standard for computational storage was released in December 2019, but proprietary hardware for it also exists, mostly limited to high-end custom computers like the Nvidia DGX series.

Because Alibaba Cloud supports the ecommerce group of Alibaba, it’s used to process some truly outstanding volumes of data, with similarly impressive low-latency access. For example, during “singles day” Alibaba Cloud’s PolarDB database processed Gross Merchandise Value (GMV) worth $30 billion in 24 hours, with a huge spike in the first hour of $12 billion, as shoppers rushed to buy before merchants ran out of stock. With that much revenue at stake, you can see why Alibaba Cloud pays so much attention to the databases supporting the event — and one of the techniques they use is computational storage.

There is a lot to computational storage, and it’s rapidly evolving. At the most basic level, PolarDB uses FPGAs to perform transparent compression of the data, whereby the data is decompressed within the data path and the kernel driver doesn’t know the difference. This can result in up to a 50% reduction in query times for some of the most common queries, and on average is about 30%. This is just with compression push-down, and there’s still some performance to be extracted as additional firmware is developed.

PolarDB is the main database offering for Alibaba customers with high data throughput use cases. It uses InnoDB as the storage engine, the same as MySQL, but heavily modified for use as a cloud-native database. PolarDB was designed with hardware acceleration in mind, like the previously mentioned computational storage, and it uses RDMA to connect storage and compute nodes, removing the I/O bottleneck.

Alibaba takes a somewhat different tack to database migration. Rather than offer a proprietary database along with migration tools, they’ve made PolarDB compatible with most of the databases used in commercial environments. There are versions that can run queries from MySQL, PostgreSQL, and a large subset of Oracle Database. By design you can probably run your application unchanged on PolarDB. This is a significantly easier path to the cloud than porting application logic.

Alibaba Cloud operates their own inter-regional network, meaning that you can control latency and bandwidth between the parts of your application that operate in different regions. Other providers use the public Internet to connect regions, leaving you at the mercy of regional congestion.

Alibaba Cloud achieves this via their software-defined network offering, Cloud Enterprise Network, a global network for building a distributed business system and hybrid cloud. CEN is a fully meshed network connecting VPC’s (Virtual Private Clouds) and VBRs (Virtual Bridging Routers). It’s basically a region-to-region virtual networking solution. This is especially useful for operations in China, where the Great Firewall often introduces a great deal of latency. The CEN offers both latency and bandwidth guarantees, and is the same network infrastructure used by Alibaba for their ecommerce offerings.

You can dial bandwidth up and down in real-time via the web console or via an API.

While Alibaba won’t win any marketing awards for innovative naming, its “Intelligence Brains” solve some truly large problems. To me, this is one of Alibaba’s most exciting and innovative offerings, made possible, in part, by the comprehensive business and political environment they operate in. It shows what AI technologies can bring to the table when implemented at large scale.

While the technology pieces are available from the likes of Google, Microsoft, and Amazon, you need a systems integrator to design, build, test, and support the final solution. Alibaba’s offerings are turn-key solutions, or as turn-key as something so large can get, supported directly by the vendor.

The Alibaba Cloud ET Brains are designed to serve as intelligent platforms to solve complex business and social problems. There are Brains for Smart Cities, Medicine, Manufacturing, Aviation, Environment, and Finance. Each Brain is a complex solution that deserves a few pages to do it justice. Here I’ll cover two, City Brain and Financial Brain, to give you an idea of the offerings.

The City Brain, currently deployed in Hangzhou, a city of 21 million in eastern China, manages traffic flow, public transportation, and public safety by integrating events and alarms from sensors located across the city. If an alarm detects a fire, ambulance and fire crews are dispatched, the fastest route through traffic computed, and traffic lights sequenced, accelerating their arrival time by up to 49%.

In version 2.0 the City Brain improves fire services by providing information on water pressure, the number and locations of fire hydrants in the area, and the locations of gas pipelines and other critical infrastructure.

This reads like a sidebar in a science magazine, but it’s a commercial offering from Alibaba Cloud. New York, are you reading this?

In the highly regulated financial services industry, getting a start-up off the ground takes a lot of resources, not only to overcome the regulatory challenges, but also to set up and operate the IT machinery required to make it work.

Credit is a good business to be in, provided you can get the risk modeled properly, because there are so many “unbanked” people in developing countries. But given the low margins, how can you offer credit and still make a profit? The Finance Brain offers a solution.

Here, credit risk modeling is offered as a more or less out-of-the-box solution, with scorecard templates, a commonly used set of model variables, and a workflow for modelers ready to go. Just add your own data, tweak the models, and you’ve got an instant credit offering. I wouldn’t use this for modeling large credit risks, but it’s perfect for micro loans. Models can be deployed as RESTful APIs in the PAI (Platform for AI) EAS service, so third parties (say, a department store or a local grocer) can integrate with your credit platform, enabling an ecosystem of partners.

This business model reminds me of MVNOs (Mobile Virtual Network Operators), who do not own or operate any network infrastructure, but instead lease it from a telecom provider. The MVNOs compete on efficient operations, customer service, marketing, and application usability. Similarly, using the Finance Brain, a start-up in the credit space could lease their operational infrastructure and focus on the value-add portions of the business.

Bring your own key

Alibaba Cloud recently announced the ability to “bring your own key” to provide end-to-end protection of data at rest. The other major cloud providers have had this for a while, but with trade tensions between China and the U.S. at an all-time high, this move brings a measure of security to companies considering Alibaba. Post-quantum cryptography aside (where China appears to have an advantage), your data should be safe wherever it resides in the Alibaba ecosystem.

Alibaba Cloud has an impressive set of offerings, uniquely tailored to the Asian markets. On many fronts, sush as price, product breadth, and depth, they beat the competition’s offerings. Their biggest shortcoming in my opinion is inexperience in selling to Western markets. It’s all there, but their technical pre-sales, direct sales, support, and developer outreach/engagement are lagging well behind the likes of AWS, Azure, and GCP. That’s why you don’t hear much about them.

If you’re setting up in Asia, Alibaba Cloud is an obvious choice. If you’re setting up elsewhere, and willing to put in the effort, the cost efficiencies might make Alibaba worth considering. Much of the cutting edge tech for data centers (e.g. computational storage) seems to be deployed here first and in greater numbers of products in order to support the cash cow of Alibaba e-commerce. Other customers (like us) get a free ride on the improvements made there.

How to design AI into your applications